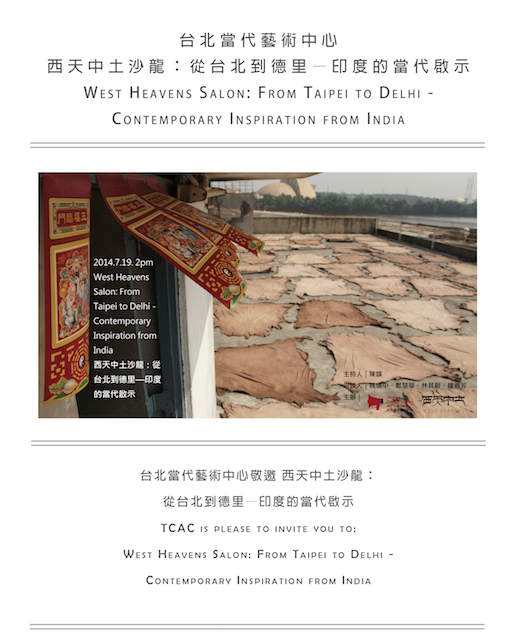 Hosted by Chen Yun
Speakers: Yao Jui-chung, Amy Cheng, Lin Chi-Wei, Chung Shefong
Organized by Taipei Contemporary Art Center, West Heavens
West Heavens is an integrated cross-cultural exchange programme initiated in 2010. It aims to untangle and compare the different paths of modernity taken by India and China, to facilitate high-level communication between the two countries' intellectual and art circles, and to promote interaction and cross-references between the two countries through social thoughts and contemporary art. This time, West Heavens invites Taiwanese artists, curators and scholars who have visited India in past two years, to address their own observation and experience, sharing how they were inspired to examine their own values, attitudes and beliefs with a clearer and fresher vision.