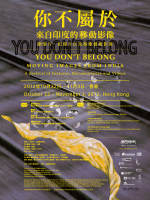 A festival of features, documentaries and videos

Ashish Rajadhyaksha (Senior Fellow, Centre for the Study of Culture and Society, Bangalore)

The present set of films, titled Moving Images from India, have been provocatively selected to extend from mainstream commercial features to experimental video, from high-end documentary cinema to films made literally with nothing.

Why does India make the number of films it does? Statistically, India started making more films than it imported from the late 1920s on, and in 1971 became the world’s largest maker of moving images. Indian overproduction of the moving image (the commercial success rate of most Indian film industries is less than 15%) therefore long precedes the current explosion of digital moving-image content. And therefore also, the question of why – within an overdetermined economy of cultural meaning-production – it becomes important for a place like India to make so many films also long precedes the current digital revolution.

This festival provides a plethora of answers, from the filmmakers themselves. On the one extreme, a filmmaker like Anuraag Kashyap (No Smoking) virtually redefines, in the digital era, the time-space coordinates of Bollywood with a poetics on terror that completely transforms the very purpose of mainstream storytelling practices and what they can now do. On the other extreme, an independent videomaker like Kiran Subbaiah (Suicide Note), who shows his films mainly through allowing torrent downloads and putting his material on youtube, is finding radically new avenues to both show and make moving images.

In between these two extremes is of course the independent documentary. Again we have extremes here. On one hand there is Sanjay Kak, attempting the epic mode with his mammoth landmark Jashn-e-Azadi (How We Celebrate Freedom), set and shot in one of the most divided regions on earth, the valley of Kashmir. On the other, Paromita Vohra’s sly, funny, movies of low life, popular culture and mass media intertwined in a grisly dance (Morality TV and the Loving Jehad: A Thrilling Tale).

It is salutary to recall that less than two decades ago, you could only release a film in a mainstream theatre in the city, which meant overcoming the tyranny of a grey-market distribution system. And the government of India was the only agency making documentary films. The present package of films is in fact inaugurated by a film made by one such governmental, agency, Films Division, but went on to become a landmark work by India’s first truly avant garde filmmaker, Mani Kaul: his epic Siddheshwari. The film, bringing together celluloid fiction alongside video, astonishingly presages practices that were to follow his two decades after the film was made. The print we have, damaged through mishandling by Films Division, was painstakingly restored by the original cinematographer, Piyush Shah, under amateur conditions, to – I propose here – give the celluloid version a new lease of life as a video work. Siddheshwari remains in many ways the iconic avant-garde Indian film, made at a particularly fertile period in Kaul’s own life.

We move from there to one of Kaul’s leading students, Amit Dutta, who has been very much carrying the lessons he learnt from the master. Dutta lives in Jammu, and has made this extraordinary biopic on the 18th Century Pahari miniaturist Nainsukh, derived mainly from art historian B.N. Goswami’s famous 1997 book on the subject (Nainsukh of Guler, A Great Indian Painter from a Small Hill-State). The film, a collaboration between Goswami, who personally reads out from Nainsukh’s own autobiographical jottings, and a young avant-garde filmmaker, works from the paintings themselves to carve out a life of a painter, a courtier and an observer of life in the Pahari court of Raja Balwant Singh.

Both the documentaries Snapshots from a Family Album and You Don’t Belong are in their own ways typical of what we might momentarily call the new documentary: in both instances, professional filmmakers have made something intensely personal. Kishore’s loving story of his parents, and especially his mother, is a landmark instance of the domestication of the camera, as it turns inwards, into the space of the personal. The second film is about an apparently ‘traditional’ Baul song, Lal pahari deshe, which went on to become a major recording hit, in the records shops and on television. Sung by the BangIa Indipop groupBhoomi, it was widely reproduced in numerous cover versions. The records companies claimed that this was a traditional song and therefore beyond copyright. As happens with many Indian productions, it turns out to be anything but traditional: it was a modern poem by Arun Chakraborty, and composed by Paban Das Baul, who now lives, of all places, in France. And so memory, copyright law, the concept of home and of migration, all come together to tell the career of a song from the margins into the urban mainstream.

Along with No Smoking, Love Sex Aur Dhokha (or LSD) is the other mainstream feature film in this package. LSD, though a fiction film, talks to the several documentary practices that have also been included here. Its exploration of the spycam constitutes the nether underside of the spaces of domesticity into which the documentary enters; its saga of a young filmmaker accidentally filming his own death also talks to the ubiquity of the digital moving image all around us.

And lastly, the Bengali film Sthaniya Sangbaad (translatred into English as Spring in the Colony), a feature by one of India’s leading film theorists, tells the story of modern Calcutta. The film is in three parts, set in – to use commonly accepted terms in the city – the former ‘black town’, the refugee colony of South Calcutta, the ‘white town’ of central Calcutta and the ‘new town’ of major urban development in the past decade. The story sees the refugee colony transform through with entry of new real estate sharks. The film moves into the dimension of the absurd from almost the beginning. Key characters include a pair of thieves, touts belonging to the ruling left political party of the state, and a visionary real-estate developer.