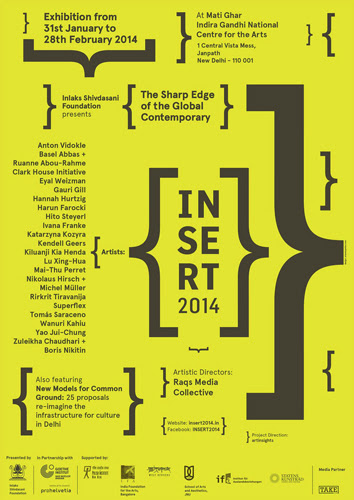 Invited by Raqs Media Collective, West Heavens is supporting Taiwanese artist Yao Jui-Chung to participate in INSERT2014 at New Delhi from January to February, 2014. INSERT2014 is a constellation of conversations with leading thinkers from around the world and across disciplines. This year, INSERT renews focus on the artist as a generator of ideas and it unfolds a series of unexpected encounters with contemporary art in the public domain.