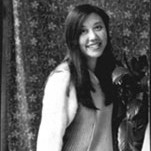 CHUNG Shefong founded Trees Music and Art, a folk and root music label, in 1993. In 2001, Chung started Migration Music Festival, an annual music festival organized around the theme of “migration”, with the aim to provide a platform for integrating music and cultural issues, and sound experiments. Chung currently teaches at the College of Communication of the National Cheng-chi University, and is acting as the director of the NCCU Art and Culture Center. In 2011, she made her first trip to India, which has brought her to a later journey on documentary filmmaking. In 2013, she has completed her first documentary film From Border to Border. Taking place in Kolkata’s Chinatown, From Border to Border recalls the complicated relationship that continues to divide India’s ethnic Chinese and mainstream Indian communities. The film is nominated for 2014 Taipei Film Award.