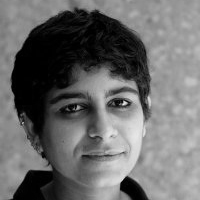 Zuleikha Chaudhari is a theatre director and lighting designer. Her work is an investigation of the structure and codes of performance. It explores and develops a series of questions to do with the interruption of the narrative structure, how images are constructed and experienced: the relationship of the text and performer, the dynamic between performer and space, how narratives are created and understood, and finally, the role of the spectator in the performative experience.

In Collaboration with the Raqs Media Collective

Commissioned for the DELHI IBSEN FESTIVAL, 2009.

Based on the book by Hermann Hesse

Based on the Mahabharata and Shivaji Sawant’s Mrityunjaya

For the Prague Quadrennial 2003