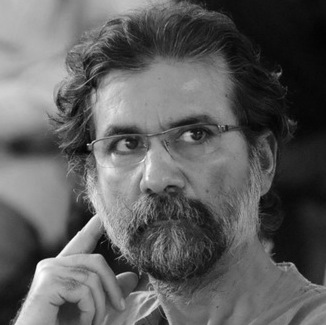 Sanjay Kak is an independent documentary film-maker whose recent work reflects his interests in ecology, alternatives and resistance politics. His films Jashn-e-Azadi (How We Celebrate Freedom, 2007, about the conflict in Kashmir), Words on Water (2002, about the struggle against the Narmada dams in central India), and In the Forest Hangs A Bridge (1999, about the making of a 1000 ft bridge of cane and bamboo in north east India) have been widely screened both in India and abroad. Words on Water (2003) won Best Long Film prize at the Internacional Festival of Environmental Film & Video, Brazil. In the Forest Hangs a Bridge (1999) received the “Golden Lotus” for Best Documentary Film at the 1999 National Film Awards in India, and the “Asian Gaze” Award at the Pusan Short Film Festival, Korea.

His film work includes One Weapon (1997), a video about democracy in the 50th year of Indian independence, and Harvest of Rain (1995). He has also made twinned films on the theme of migration, This Land, My Land, Eng-Land!(1993) looking at people of Indian origin in the fringes of the city of London and A House and a Home (1993) in post-apartheid South Africa, and Cambodia: Angkor Remembered (1990), a reflection on the monument and its place in Khmer society.
In 2008 he participated in the Manifesta7, the European Biennale of Art, in Bolzano, Italy, with the installation A Shrine to the Future: The Memory of a Hill, about the mining of bauxite in the Niyamgiri hills of Orissa.
Born in 1958, Sanjay read Economics and Sociology at Delhi University, and is a self-taught filmmaker. Based in New Delhi, he is actively involved in the documentary film movement, and in the Campaign against Censorship. He writes occasional political commentary, and is the editor of the recent volume Until My Freedom Has Come – The New Intifada in Kashmir, published in May 2011 (Penguin India).