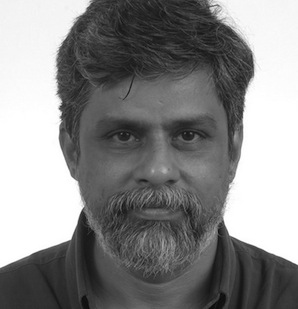 M. Madhava Prasad is currently Professor of Cultural Studies at the English and Foreign Languages University, Hyderabad, India. He was educated in Bangalore, Hyderabad and Pittsburgh and has worked as a journalist in two leading English language newspapers in India during a break in studies. His publications include Ideology of the Hindi Film: A Historical Construction, and numerous essays in film and cultural studies and political issues. A book on Indian film stars in politics will be published shortly. Before joining the EFL University, he was Fellow at the Centre for Studies in Social Sciences, Kolkata and Senior Fellow at the Centre for the Study of Culture and Society, Bangalore. He has taught at Jadavpur University and held a research fellowship at the Asia Research Institute, National University of Singapore. Translations of his essays have been published or are being published in French, Spanish, Kannada and Hindi. His translations of creative and critical works from Kannada and Tamil to English have been published in newspapers, journals and anthologies. At present he is working on the language politics of India.