Place, Time, Play: Contemporary Art from the West Heavens to the Middle Kingdom

Place, Time, Play: Contemporary Art from the West Heavens to the Middle Kingdom is a documentation and meditation on the first curatorial exercise by the West Heavens project. Installations, films, photography and performances by Indian and Chinese artists were shown in two non-gallery spaces in the heart of Shanghai between October and December 2010. The exhibition marked the first time contemporary Indian artists engaging Chinese audiences in a conversation through their creations. For Chinese artists and intellectuals, using India as a reference point prompted reflection of and response to the self. The rethinking of “modernity” underlined the curatorial concept and works chosen for the exhibition. It also spelt out the intention of the West Heavens project, to empower the art circles of India and China with new methodologies where creativity takes centre stage, so they can bypass exhibition platforms and ideology established and mediated by the West.

The catalogue is a lively record of the curatorial process: from the first conversation between artists, curators and academics from India and China in March 2010, to the observations, discussions and diaries of Indian artists in China during April, as well as the development of concepts and their realisation in the months following. The whole process was carefully documented and presented through in-depth interviews and essays that amount to over 100,000 words. The ambience of the exhibition and the unconventional display space (a former colonial British church and dormitory, and the lobby of a commercial property in People’s Square) were captured for the book by the Shanghai-based German photographer Thomas Fuesser and Chinese photographer Mao Xingyu. The essays by the Indian curator Chaitanya Sambrani and the West Heavens project director Chang Tsong-zung reflected on the curatorial experience, where contemporary art acted as the starting point and the media with which to examine the different paths of modernity India and China took.

The publication is an indispensable compendium that documents the creativity of contemporary theory and visual art from India, at the same time, it reflects on the reality of contemporary Chinese art. It surely will serve as a useful reference and inspire practitioners in different fields of art and culture. 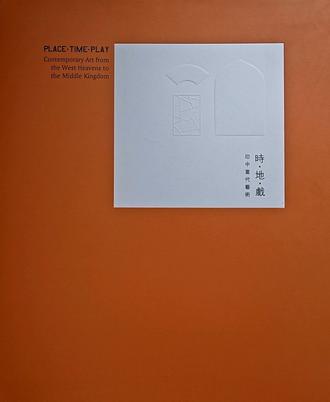