Preface: Journey to the Outpost

The West Heavens Sino-Indian exchange is a small experiment hidden within a grand narrative.

Over the last 10 to 15 years, as more Asian artists began participating in international exhibitions, they began to encounter and discover each other. And through these encounters, they began to sketch a picture of the realities of contemporary art within Asia. But there is a caveat: the Asia they were discovering was essentially an Asia that had been vetted and selected by Western exhibition organizers. Once non-Western international biennials began to emerge onto the world scene, there was a widespread realization that Asia was in fact marked by a deep lack of mutual understanding. For over 2,000 years there had been contact and exchange between the two great civilizations of China and India, yet over the last century they have become distant imaginaries. In China, people still think in terms of a Buddhist India, while in India social theorists are still discussing Mao’s revolution. The Artist Dispatch project is a small experiment that gives artists complete freedom to use their own individual approaches and perceptions to engage with each other’s worlds. These artists are both travelers and spirit mediums, using their own unique means to discover and experience a new territory, and at the same time using their encounters to energize and stimulate their own psyches.

The members of the Artist Dispatch are like frontline scouts, or to put it more directly, they are like travellers on a mission – but each artist must invent the mission for themselves. What these artists reveal to us are: how to journey in a foreign place and how to experience the world. When it comes to imagining far-off places, most of us simply switch on the TV to find entertainment in an automatic, virtual exploration of even the most remote and perilous geographies. This kind of pleasure in novelty has a fixed pattern, and what makes it insidious is the way it masks a predatory quality – the superior nature on the hunt among the novel and inferior. The actual estrangement from a distant culture is couched in terms of wonder and delight that only serve to conceal the true viewpoint of the narrator.

The Artist Dispatch concept of journeying in a far-off land is one in which both the method of travel and of engagement are in the hands of the artist alone. They move forward in accord with their unique perception, and are informed by their respective scholarly perspectives and positions. It may be that the audience at first approaches the works with the mindset of appreciating watercolor pictures of foreign travel, but eventually they are drawn deeply into the artist’s world, where they encounter other levels of reality: Prajakta Potnis’s discovery of the scenes and mentalities of Shanghai’s old districts on the point of demolishment; Zhang Bo’s journey back to Hong Kong to focus on the lives of its foreign-domestic helpers; Dhurpadi Ghosh’s travels through China bearing her strong sense of community politics; Liu Wei’s experience of producing films in the slums of Mumbai, allowing him to discover the “modern systems” in the suburbs of Beijing.

By staging this exhibition in Hong Kong we are seeking to create a locus of encounter between India and China in this particular corner of Asia. Our purpose is manifold: we hope to draw a new map for the Asian imagination, to bring out an often neglected voice, to experience a new dynamic of the body, and to sense another rhythm of moving through space. A journey must always begin with a departure from ourselves, but when we return we may well discover that our deep-set habits, even our life plan, have undergone a transformative tremor. 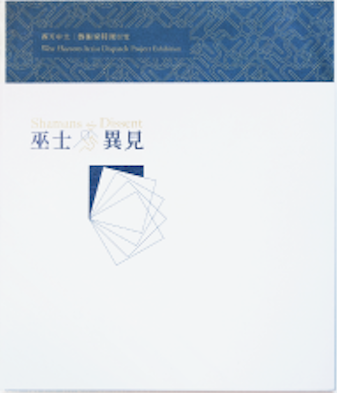