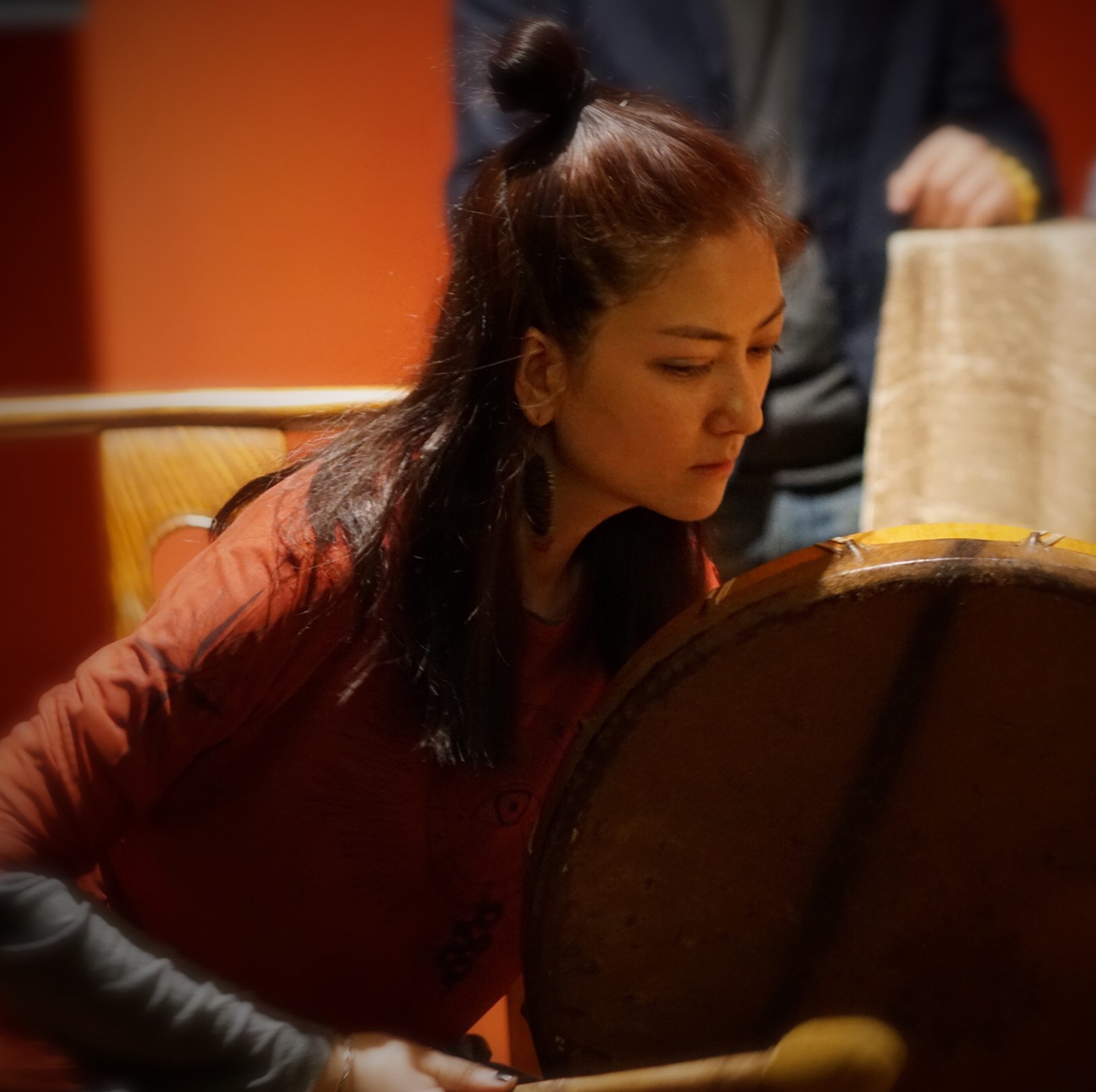 A female vocalist coming from Hexi in Gansu Province.
She was trained as a traditional folk singer. Nourished by the traditional, yet very authentic and original national culture of China's northwest, she gradually found her own original way to express herself by collaborating with a wide variety of creative artists.
Then she decided to become a Sound Explorer exploring the multiplex possibilities of vocal music, succeeding in redefining everything she has learned with her voice.
A new style, a new adventure has started .