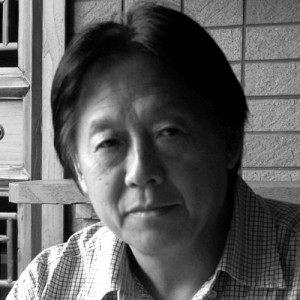 Hu Xiangcheng graduated in 1977 from Shanghai Theatre Academy having studied in the stage design department. From 1978 onwards he spent three years teaching in the art department at Tibet University, experiencing that different world inextricably linked to the particular spiritual and material environment of Tibet. Hu lived abroad in Japan for some time beginning in 1986, where he became involved in the study of contemporary and folk art, handicrafts and model-making. He took part in the setting up of the Shanghai Biennale in the early 1990s, shortly after which he set out on his three-year journey through southern Africa, touring, observing and creating art.

Be it in Shanghai, Tibet, Tokyo; further afield in Africa, New York or Paris; or in the Chinese countryside, Hu Xiangcheng has involved himself in cultural and artistic activities as someone resident in a place rather than as a mere visitor. He is of the view that contemporary artists working in different locales should see their task as likewise being not the same as it might be elsewhere. Hu also holds that contemporary artists’ intervention in society should not stop at the level of merely posing questions but more importantly they should get actively involved in and help seek out ways of resolving social problems.

Beginning with his return to China in 2000, Hu Xiangcheng has worked for the revival of traditional Chinese culture, becoming an active advocate of rural culture and working to raise it to new and higher standards. He conducted case studies on the rebuilding of social life in several places in the rural suburbs of Shanghai based on a wealth of social survey data. This saw him getting involved in a range of activities from the repaving of old streets to the renovation of colonial-era French-style buildings, from the passing down and systemisation of traditional handicrafts to the revival of the traditional Chinese folk festivals bequeathed us by our sagacious forebears. These activities involved work in every aspect of our lives – buildings, space, utensils and objects and ceremonies. Hu hopes that these case studies can serve as a launch pad for the rebuilding of a full and intact way of living for the people of East Asia; a lived world with manners, proper limits and degrees, feelings and moral principles.

Hu Xiangcheng has participated in numerous group exhibitions, a partial list of which includes the open sculpture exhibition at the 2004 Venice Biennale, the ‘Illegal Building’ (‘Ihou kenchiku’) collaborative installation project at the 2005 Yokohama International Triennial of Contemporary Art, ‘Microcosm – Chinese Contemporary Art’ at the Macao Museum of Art in 2007 and the 28th São Paulo Biennial in 2008. His recent individual shows include 2008’s ‘A Stranger’s Journey’ at the Shanghai Art Museum and the upcoming exhibition at the Shanghai Gallery of Art in 2010.

Hu Xiangcheng was one of the curators of the exhibition ‘The Yellow Box: Contemporary Art in a Chinese Space’ at the Taipei Fine Arts Museum and he also served as art director for the Africa Joint Pavilion at the 2010 Shanghai World Expo.